This snowy little mouse-muncher appears in the first of many magazine ads that will be rolling out in mid-late October - but why should you have to wait that long, sugarsnap? You shouldn't. AND YOU WON'T HAVE TO! Here she is: 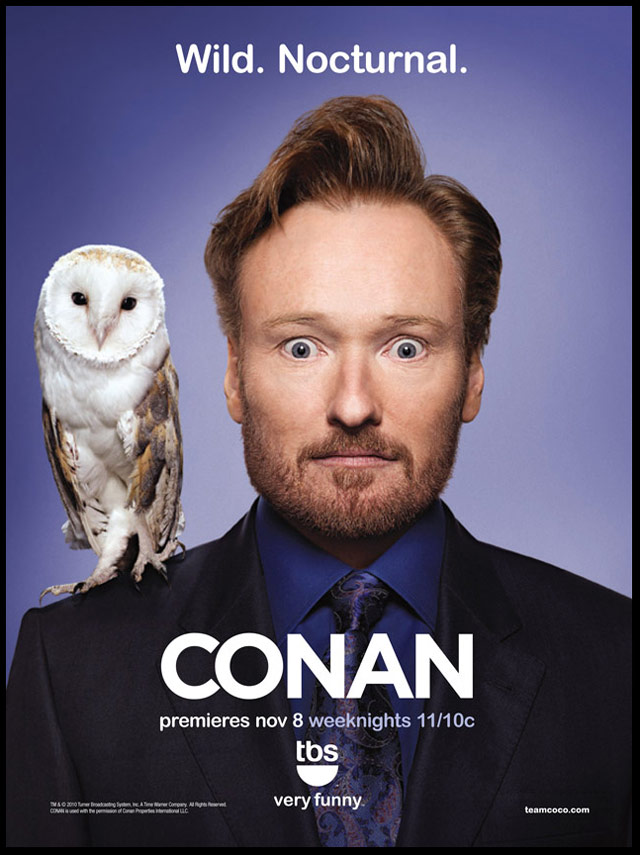 The Coco Blitz is coming, friends.... and coming soon! To many of you, all of these photos and videos and blogs and tweets and Facebook updates and other Facebook updates may seem a bit overwhelming, and I can see that. But think about it this way: we've been off the air - and now done with the tour - for several months. We've been in hibernation. Suspended animation. Unconsciousness...ation? (not a word, I know). We've been frozen in Carbonite, but now we're back and ready to kick some Boba Fett comedy ass!

Yes; in the very near future, there is going to be a lot of stuff hitting the streets, the airwaves, and the ol' interwebs before our show debuts November 8th - but it's not actually that crazy. It only SEEMS like a crazy amount of stuff because we haven't seen you in so long! (You look great, by the way). So I hope you'll think of all of our crazy madcap new show exciting PR campaign stuff as just a great big bear hug from us to you!

You know, one of those "long lost cousin" hugs; like we just got off a plane and you're meeting us at the gate! Man, I love those moments... Unless it's my cousin Jimmy meeting me at the gate, because I know that a ferocious noogie is coming. Dude! I AM AN ADULT. DIAL IT BACK. Anyway. Sorry. I just have two questions for you, party people: