The End of Team Coco Tuesdays!

And just like that, we're back!  Well, almost back.

Team Coco Tuesdays are at an end, friends.  The comedy bear is back from hibernation. We won't be posting every day... But we will be posting more than once a week.  Hopefully, a LOT more.  Starting right.... NOW: 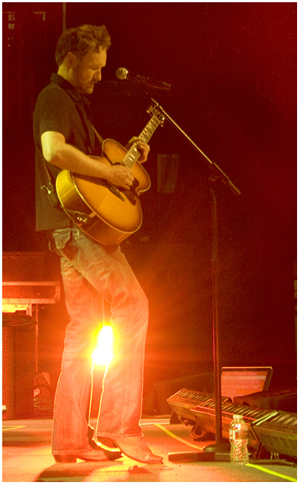 As you all know, when our Legally Prohibited Tour swung through Nashville, Conan and the Legally Prohibited Band played a show with Jack White at his Third Man Records HQ.  They rocked, they rolled, they broke hearts and melted minds... But that wasn't all that happened in Nashville!

Conan ALSO went into the booth with Jack and recorded a super top secret SPOKEN WORD record as well.  The session was completely private; no one knew what kind of mad genius science happened behind those closed doors.... UNTIL NOW!!  Tomorrow at Noon (est), the Raw Dog show on Sirius Satellite radio will premiere the ENTIRE RECORD - both the Frankenstein story AND the Conan Q&A moderated by White!  Here's an excerpt from the press release, just to make sure I didn't leave out any important info: 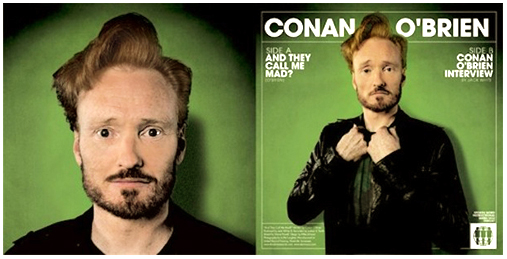 "And They Call Me Mad?, Conan O’Brien’s recently recorded, spoken-word, improvised narrative about the story of Frankenstein will make its world premiere on SIRIUS XM’s Raw Dog Comedy channel on Monday, August 23 at 12:00 pm ET, as part of the channel’s exclusive “Intergalactic Premiere” series. And They Call Me Mad?, which will be released by Third Man Records on Tuesday, August 24, also features an interview with O’Brien conducted by Jack White, Third Man Records’ founder.

The premiere of And They Call Me Mad? will air during Raw Dog Comedy’s weekday show, Comedy By Request hosted by Mark Says Hi!, which has featured appearances by comedians, actors and other personalities, including Janeane Garofalo, Jim Gaffigan and Lewis Black. Monday’s special edition of Comedy By Request will feature the “Intergalactic Premiere” series, the exclusive series that debuts new material from comedians, including Dane Cook, Rob Schneider, Aziz Ansari, Greg Giraldo and Hannibal Buress. Additionally, Ben Swank of Third Man Records will sit down with Mark Says Hi! to go in-depth about the record."

If you have Sirius Satellite Radio, I STRONGLY urge you to ch-ch-check it out tomorrow! I heard the entire album for the first time today, and trust me when I say that it's something you're not gonna want to miss.  Here's a taste of Frankenstein from Side A if you haven't heard it already:

"And They Called Me Mad" HOW GREAT IS THAT?! Trust me, that's the only part you can hear that doesn't spoil the rest of the story... But suffice to say, it just gets better and better! I was laughing out loud after only two minutes in. Great stuff! The Q&A - if you can really call it that - is great, too. I love hearing two dudes who are such good buddies shoot the sh- you know what. You can purchase that 7 inch spoken word single right here. Also, it bears mentioning that the records of the full length Conan concert are complete as well - if you were smart enough to pre-order yours, you probably already have it in your precious little hands - but if you DIDN'T pre-order it, you can still order the full length record right here... And here's a little preview of that as well: Conan performs a slice of "Poke Salad Annie" Live at Third Man Records! And with that, we shall bid for farewell for this evening. It's the end of Team Coco Tuesdays... And I feel fine!! See you soon, Sugarsnap!